Chapel will Remember with Help of Band 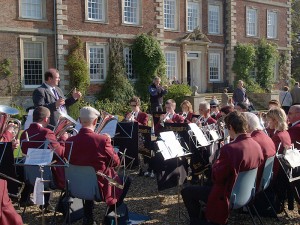 By popular request, Alford Silver Band will perform a Concert of Remembrance in Chapel St Leonards on Thursday 4th November.

The organising committee at the Village Hall had hoped to put on a concert on Remembrance Day itself, 11th November, but the band was not able to commit to this date. So the concert will now be performed a week in advance.

“Remembrance Day is a very special occasion in the nation’s calendar,” commented band chairman Martin Briggs. “We are delighted to help Chapel St Leonards to commemorate it in such a special way. Chapel has become a very special venue for us, and we are pulling out the stops to put on a performance to remember!”

Musical director Steve Walker has compiled a varied programme that will include lively ‘big band’ numbers such as MacArthur Park and the theme from Rocky as well as the more traditional music associated with Remembrance and film scores from war movies.

A special treat is also planned in the form of a solo from the band’s talented young percussionist, 15 year old Lewis Knight,  whose previous appearances  have earned him cult status with the appreciative Chapel St Leonards crowd.

The popularity of Alford Silver Band in Chapel St Leonards is significant and the band has performed numerous concerts and other events during the last couple of years. The Concert of Remembrance promises to be another opportunity for the band’s talented musicians to entertain in the village.