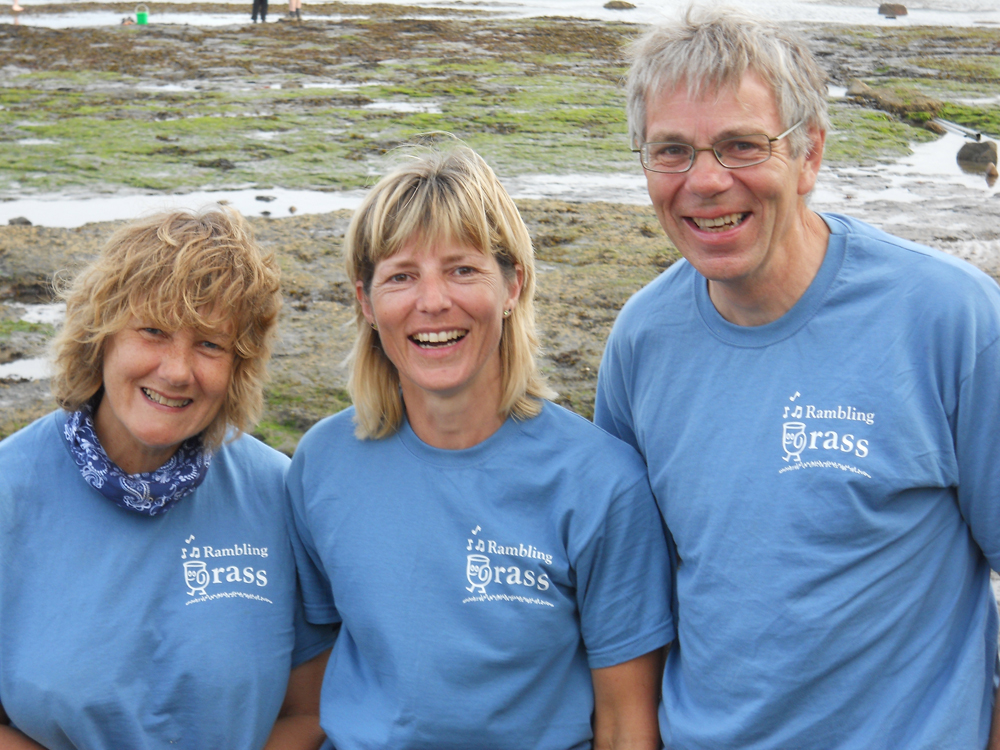 Bev Burton from Alford and husband and wife Norman and Shirley Prime from Skegness took part in the Coast-to-Coast charity event as part of Rambling Brass, a band that formed two years ago specifically to raise awareness of the work of the National Society for the Prevention of Cruelty to Children (NSPCC) and to raise funds for the charity. Starting at St Bees in Cumbria, they crossed the country to Robin Hood’s Bay in Yorkshire in just 15 days, playing a series of mini-concerts as they went.

All three musicians are members of both Alford Silver Band and Skegness Silver Band and represented both bands on the epic walk. The three were part of just eight musicians who formed the core of the band and who completed the whole walk carrying their instruments. But the band was supplemented along the way by other musicians who joined in for a few days at various points.

The performances ranged from playing on the summit of mountains to flocks of sheep and fellow ramblers, to entertaining crowds of appreciative tourists in the busy market town of Richmond and on the platform of the popular North Yorks Moors Railway station at Grosmont in TV‘s “Heartbeat“ country.

Given the nick-name “Billy-goat Burton” by her fellow walkers because of her sure-footedness over the rough terrain, a tanned and smiling Bev Burton said that she was glad she had taken part.

“It was very daunting, especially in the early stages when the ground was steepest and the weather foul,” she said. “But the group gelled well together and we kept each other going. The camaraderie was fantastic and as the weather improved, word got out that a brass band was coming through and we had some very large and appreciative audiences to greet us. The final performance, on the beach at Robin Hood’s Bay to a huge crowd was just magical. It was a wonderful way to end the pain and suffering,” she laughed.

Shirley Prime suffered particularly as she developed painful blisters at an early stage in the walk. But determined not to let the band down, she gritted her teeth and carried on.

Rambling Brass has yet to finalise its figures for the trip, but with sponsorship of individual players and collections along the way, the band believes that it will have done very nicely for the children’s charity, raising in the region of £2,000.

The band was sponsored by Fusion Bags, a British manufacturer of musical instrument cases who donated special ‘gig’ bags to allow the musicians to carry their valuable and delicate instruments safely on their backs throughout the walk.

“Without Fusion’s generosity, we would have struggled to carry the instruments,” commented Norman Prime. “They were really supportive of what we were trying to do and representatives of the company met us on the beach at Robin Hoods Bay with champagne! It was a nice touch – and most welcome.” 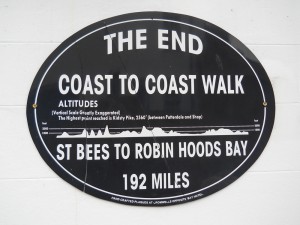 The three musicians were also highly complimentary of Heidi Bradley, the Grimsby based trombonist who is the driving force behind Rambling Brass. The Coast to Coast walk is the third unusual musical charity event that she has organised, having previously taken Rambling Brass to the summit of Snowdon and Tan Hill in the Pennines.

“Heidi did all of the planning and organisation before the event,” said Norman, “and without her energy and inspiration, it just wouldn‘t have happened.”

The three are looking forward to the next Rambling Brass event that Heidi dreams up.

“Though hopefully,” commented Shirley, “this one won’t involve blisters!”

The band’s accounts are still open for donations towards the NSPCC which can be made on-line via www.justgiving.com/ramblingbrass

More information about the event or about Rambling Brass can be obtained from www.ramblingbrass.doodlekit.com