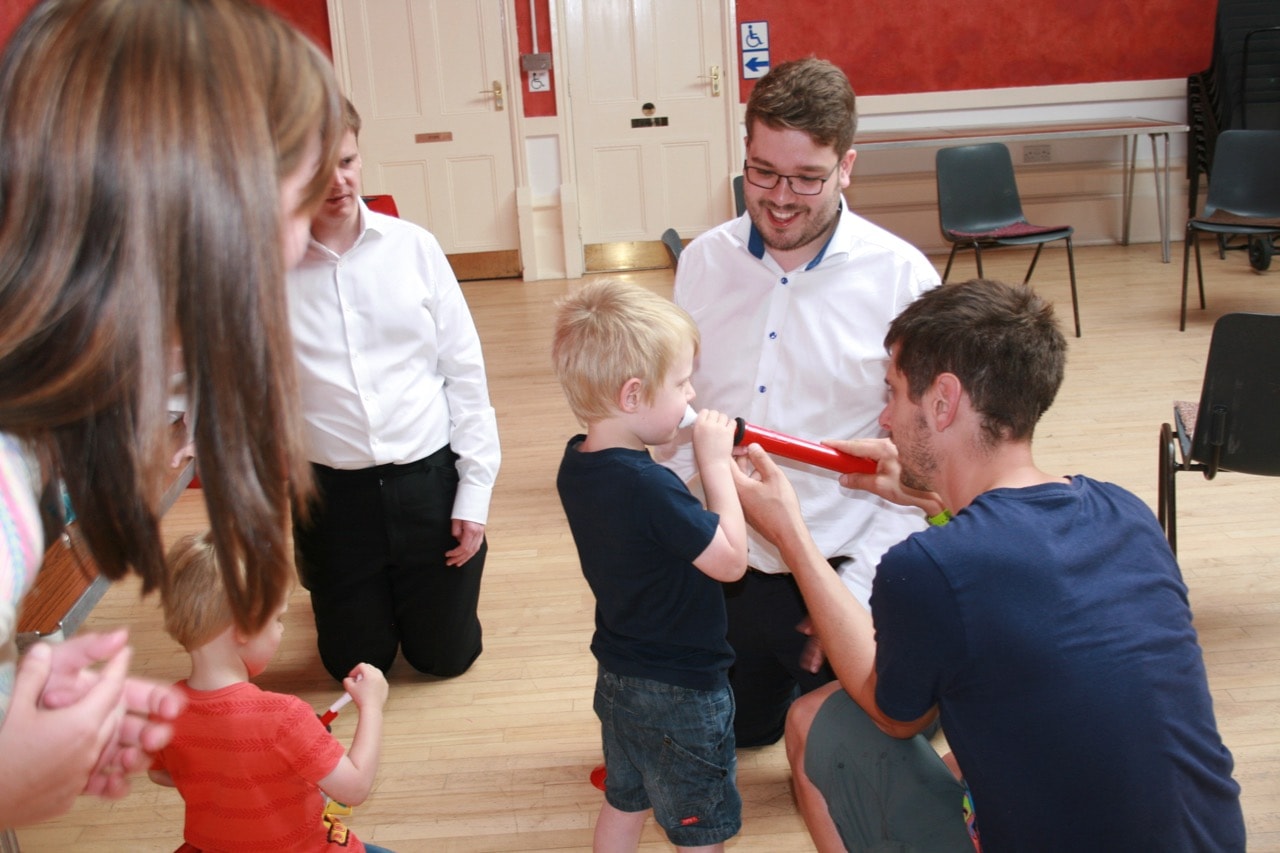 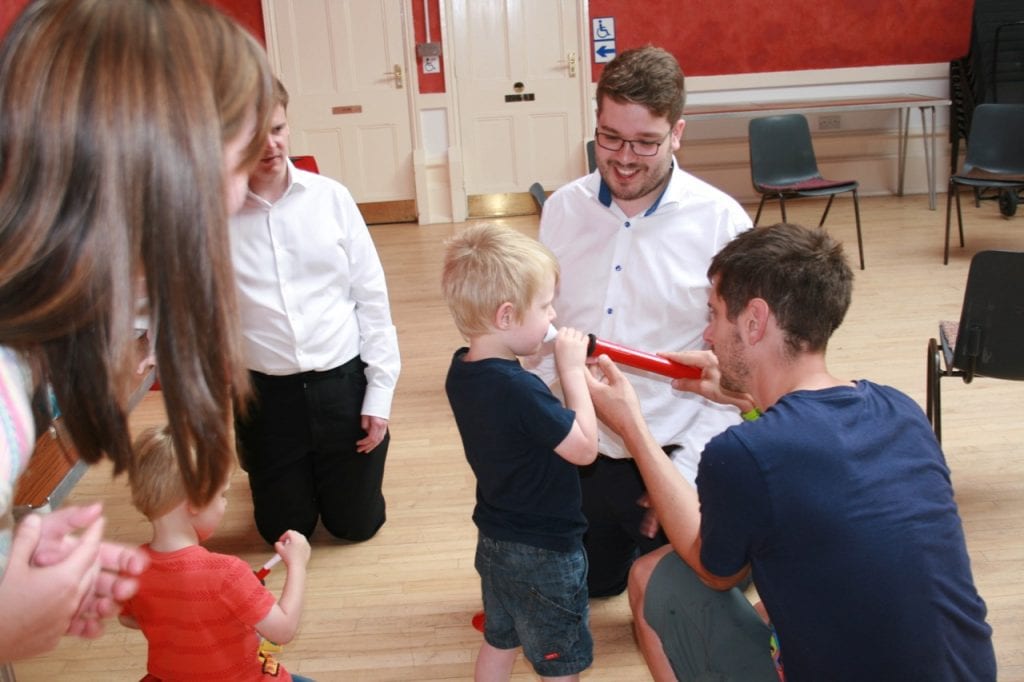 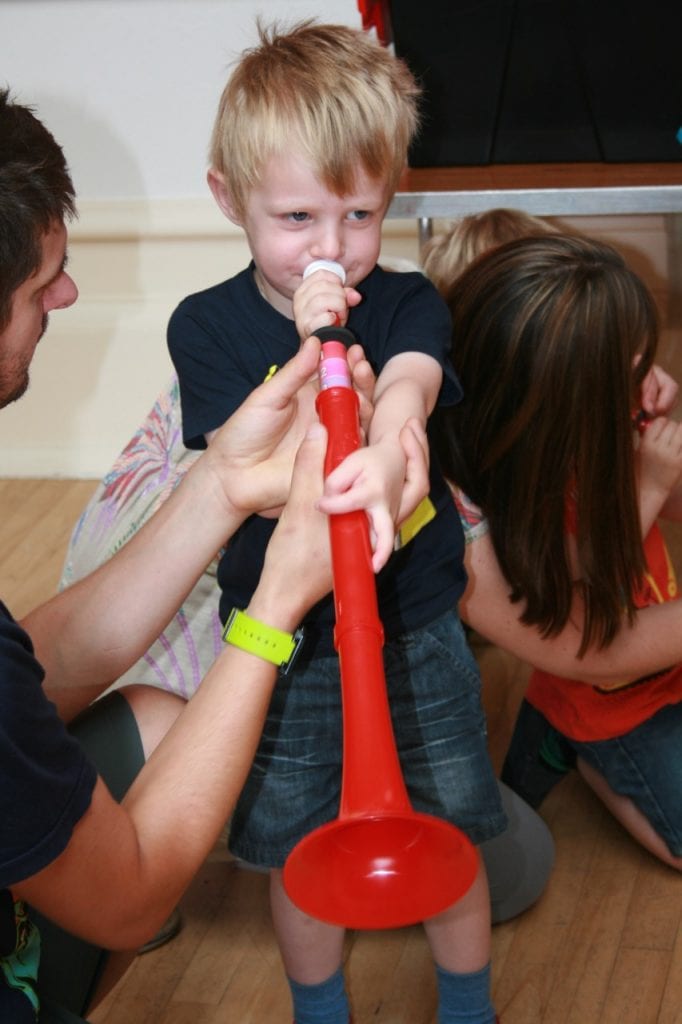 Ted soon gets the hang of it

“We had a good flow through of people,” said musical director Josh Wilkinson, whose idea the event had been. “Many tried the instruments for themselves, whilst others were happy just to chat to the musicians or listen to the band. And a lot of people enjoyed the coffee and cake that we had on sale to raise funds for the band.”

Not everyone who came was local to the area. Many holidaymakers called in, intrigued by what was going on.

“We hope that we raised an awareness not just of Alford Silver Band and the work we do in the community, but also of brass bands and brass band music in general,” continued Josh. “A lot of people still associate brass bands with military marches. But we play a wide genre of music, and increasingly arrangements of songs that are current hits that will appeal to a younger audience.

“Many of the holidaymakers come to this area regularly and it is nice that they wanted to take away details of our engagements so that they can try to catch a concert next time they are here.” 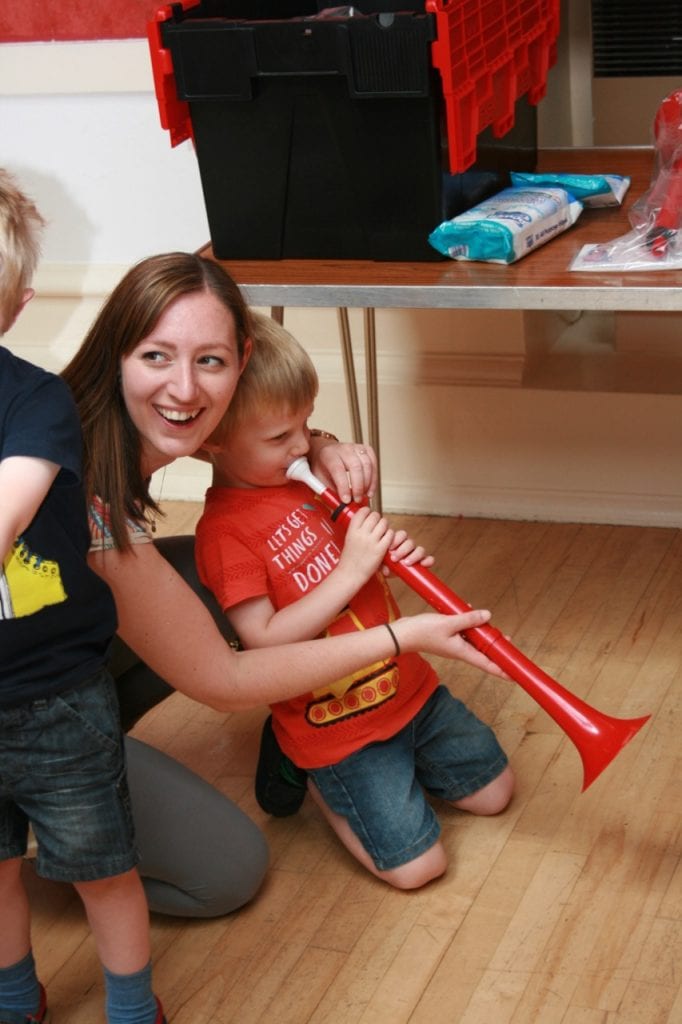 And his brother Oscar is not far behind

The Open Day was held from 10.00 am until 4.00 pm. During the day, short concerts were given by the band, and also by its training ensemble, Brass Tracks, impressing those in the hall at the time with their high standard of playing.

Attendees also enjoyed trying to guess the weight of the tuba that was on display, with a prize being offered to the person whose guess was the nearest to the answer.

“What was encouraging was to have people of such a wide age range come to the Open Day,” concluded Josh.

The Open Day was such a success that the band is already considering holding a similar event during 2020. But there is no need to wait for this to find out more about Alford Silver Band.

Details of the band, its history, personnel, engagements and how to book the band can be found on its website: www.alfordsilverband.co.uk or by contacting the band secretary, Jane Taylor on 01507 466330.

And the band welcomes enquiries from anyone interested in joining this friendly group, or in learning to play an instrument. 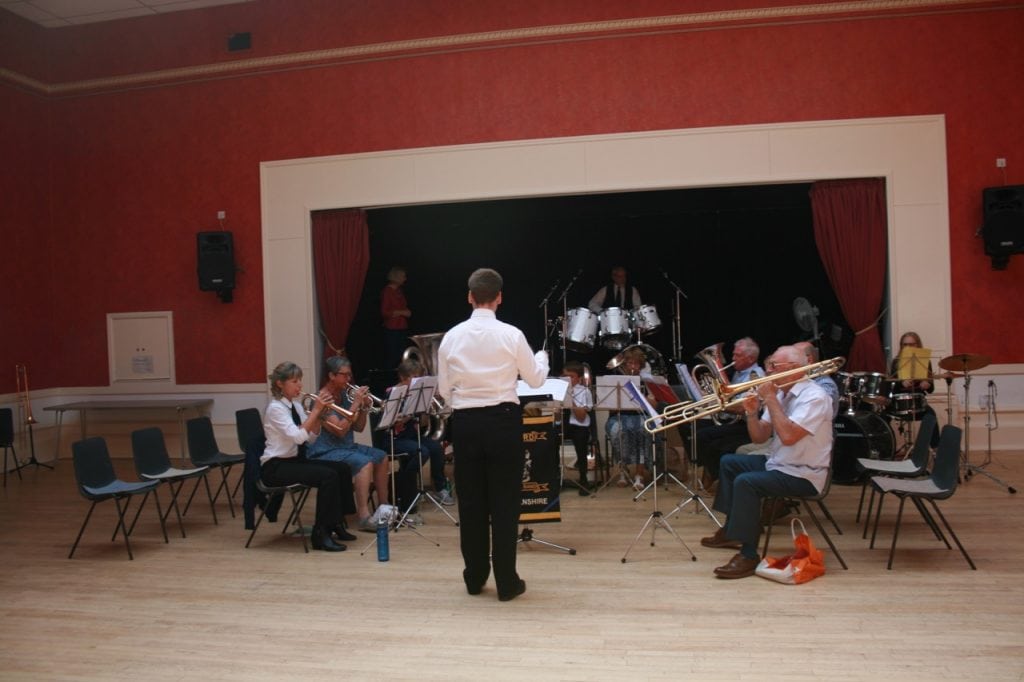 Andrew Taylor and Brass Tracks show what they can do 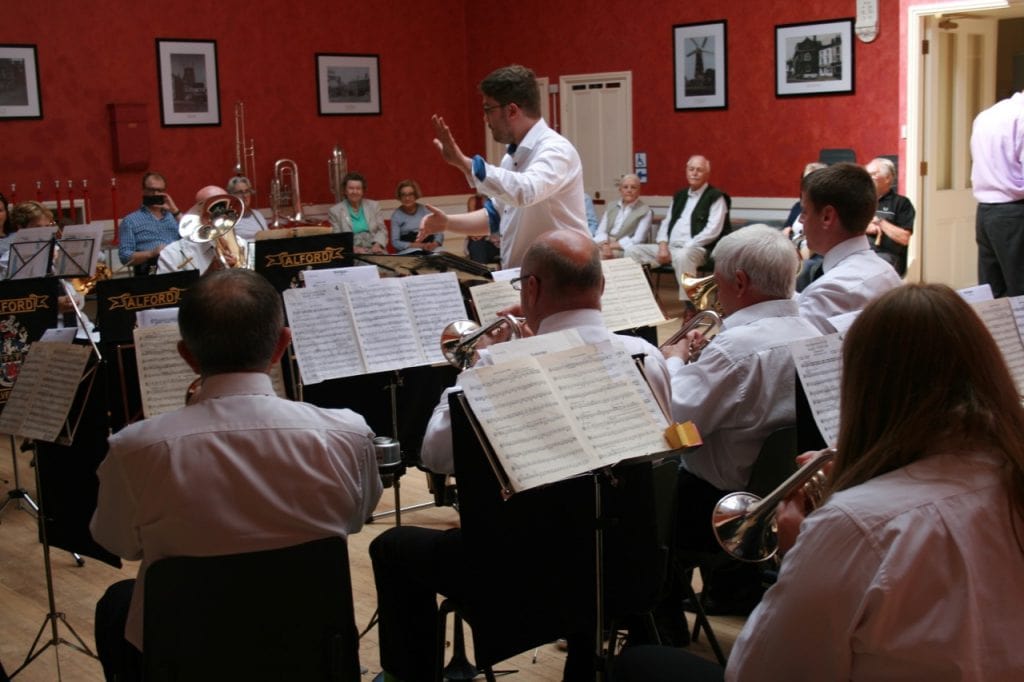 The band entertains its visitors
Tags:alfordbandbrassdayopensilvertracks