Chance to Blow with the Band 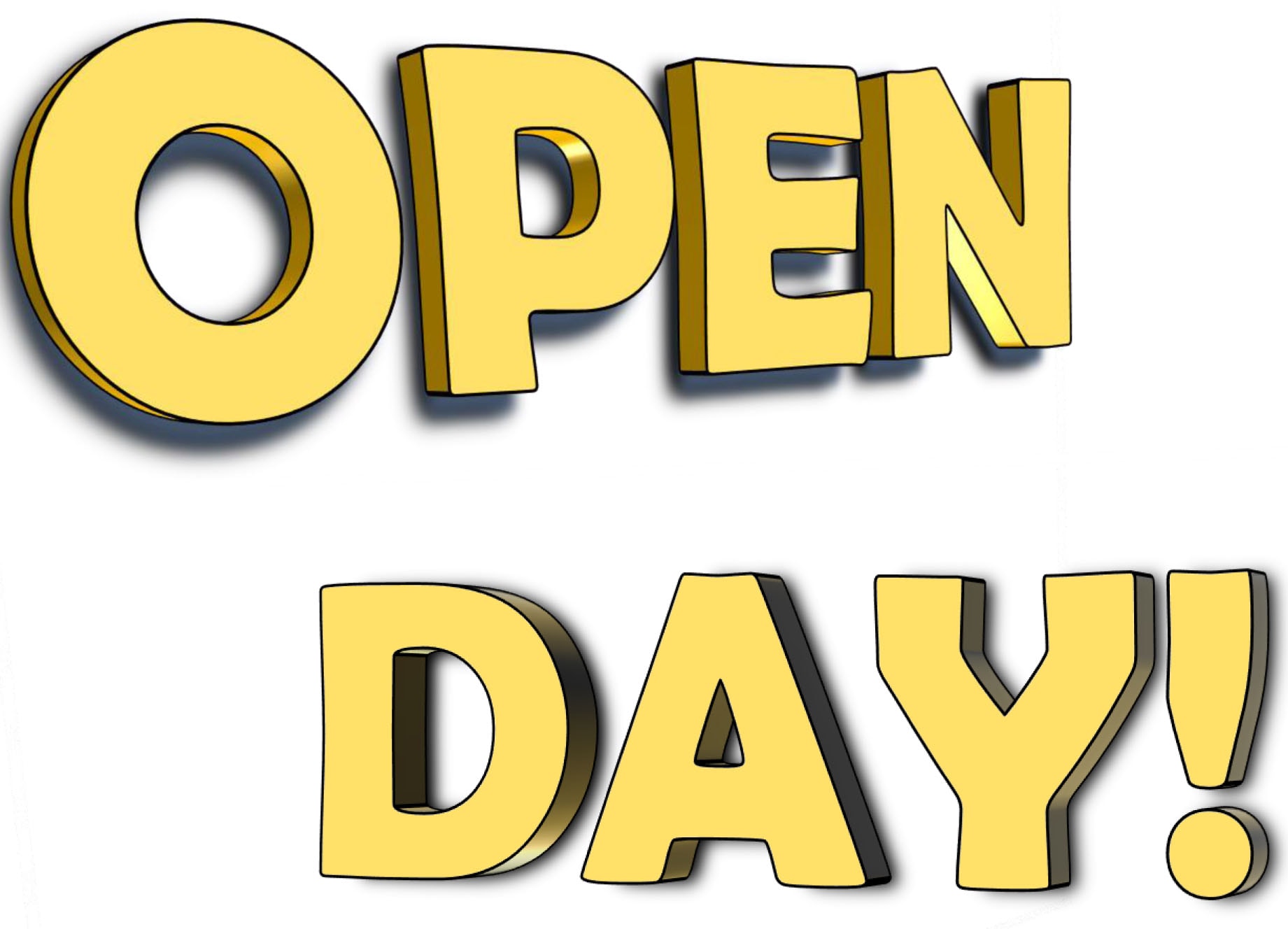 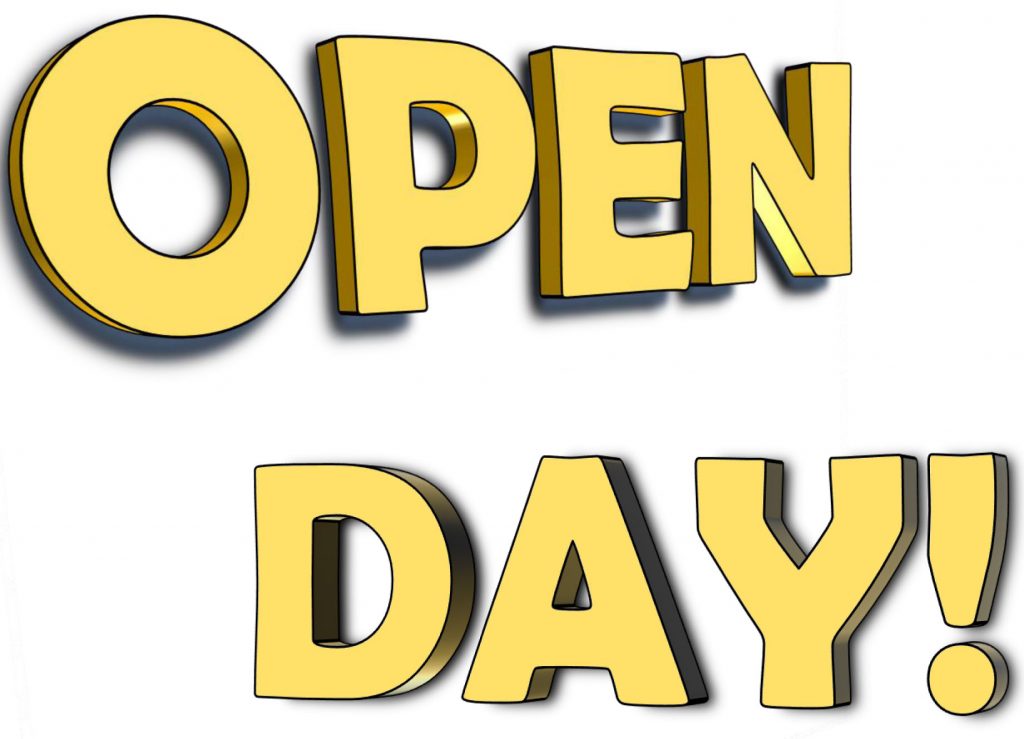 Have you ever wondered what the difference is between a brass band and a silver band?

Have you ever wondered what all the different instruments are and what they sound like?

Have you ever wondered what it is like to play one of the instruments?

Well, now you can get the answers to all of these questions and more.

The popular and highly regarded Alford Silver Band will be holding an Open Day in the Corn Exchange in Alford’s Market Place between 10.00 am and 4.00 pm on Saturday 17th August. 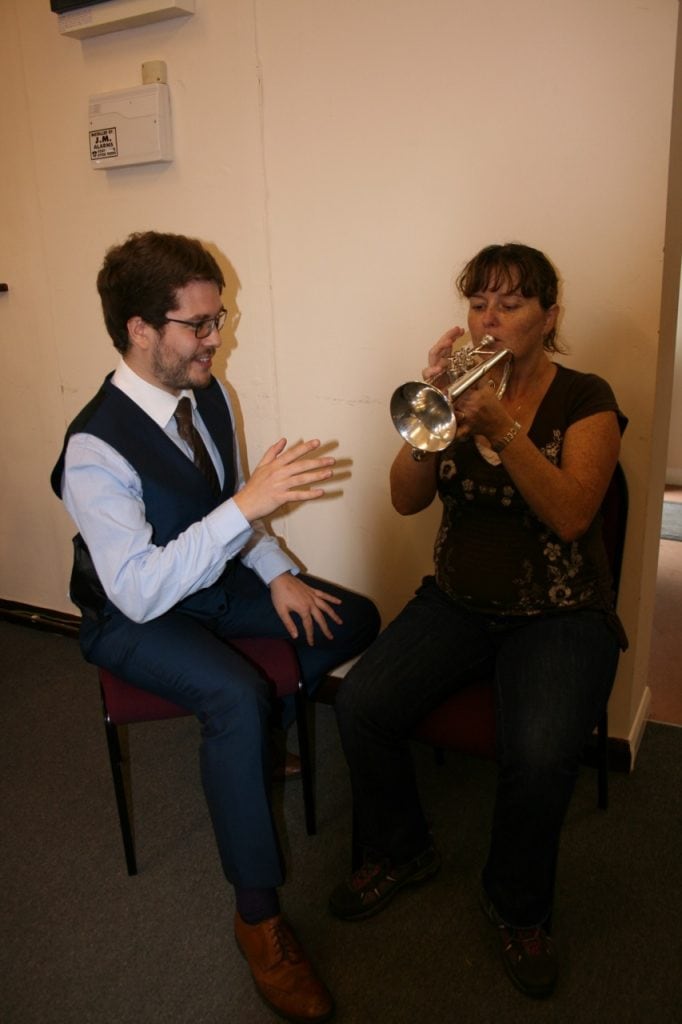 Expert tuition will be on hand.

Members of the band will be there to tell you about their own musical journeys and to answer any question you might have about brass and silver bands. And you will have the opportunity to try out some or all of the instruments with some expert tuition on hand.

Band chairman, Mike Green explained, “Players have come into the band via many different routes. Three members, Josh Wilkinson, Andrew Taylor and Charlotte Burton learned their music with the band as children before going on to study music at university and become professional music teachers. Josh is now our musical director, Andrew is the principal cornet, and Charlotte is the 2nd solo cornet, sitting alongside Andrew. But not everyone started when they were young.

“Charlotte’s mum, Bev Burton joined the band when Charlotte first started playing in order to encourage her. Bev got hooked on the music and has been in the band ever since, now playing the flugel horn.

“Similarly, Sharon Wilkinson joined to encourage her daughter, Rebecca as she learned to play the cornet. Rebecca’s other commitments mean that she has left the band, at least for now, but Sharon enjoys it so much that she has remained as a member. 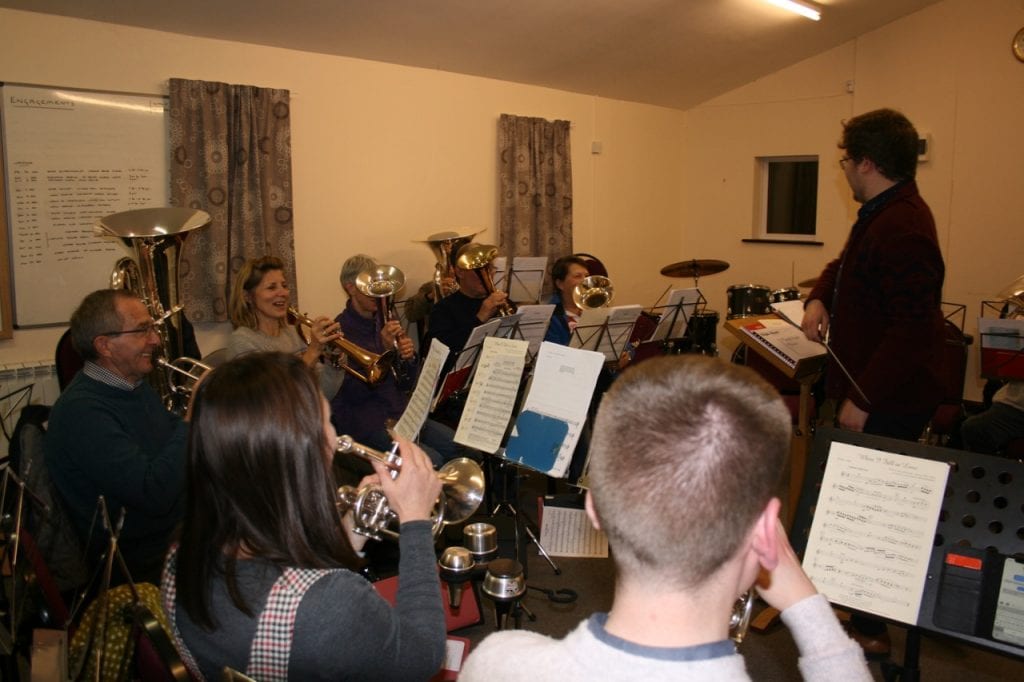 “Carol Goulden came to a concert and was so inspired with what she heard and with the friendly nature of the band, that she decided to take up the tenor horn in her retirement and is now also a valued member of the band.”

Mike himself first learned to play the trumpet when he was at school. But he stopped playing the instrument for over 30 years whilst he pursued his career, only picking it up again and joining the band after a chance meeting with a musician who persuaded him to come along to a rehearsal. Mike now also plays as a solo cornet, sitting alongside Charlotte and doesn’t regret returning to music one bit. 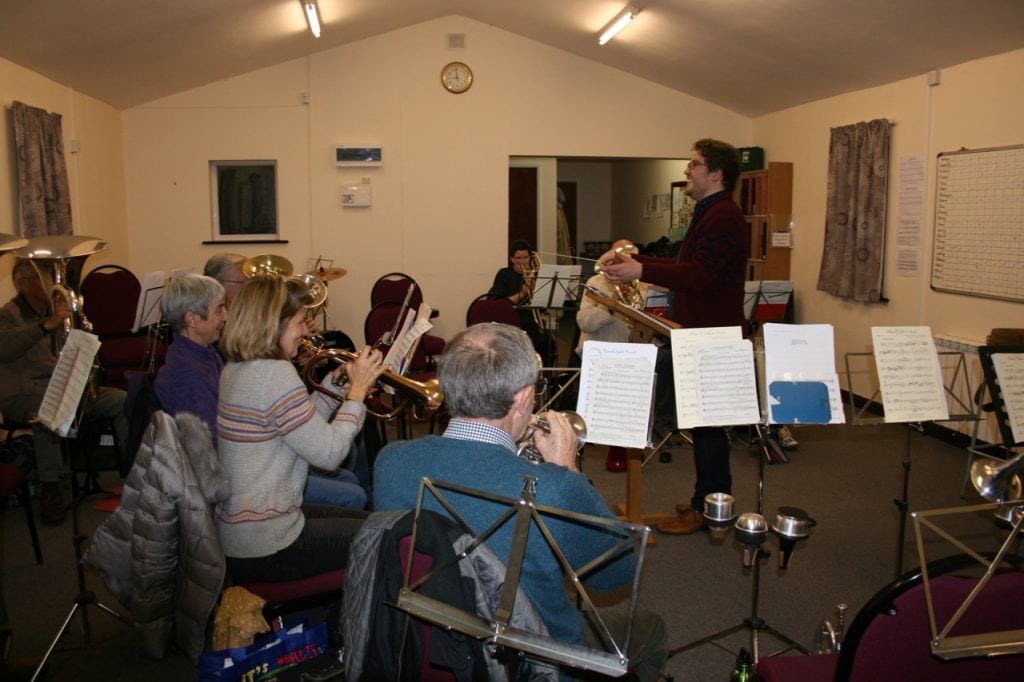 Josh shares a joke during rehearsal.

“We have a really good time together,” he said. “The band room is a friendly environment with plenty of light-hearted banter. But at the same time, we work really hard under Josh’s baton, constantly striving to improve. I have made some good friends in this band who all enjoy making music together and entertaining our audiences. I’m really pleased that someone persuaded me to start playing again.”

Musical director Josh Wilkinson added, “It doesn’t matter what age you are or whether you have ever played before. We are a really friendly bunch who welcome people of all abilities; and we have a fully established training programme to help them improve and reach their full potential.”

Indeed, the band covers a wide age range, the youngest member being 16, and the eldest in his 80s. 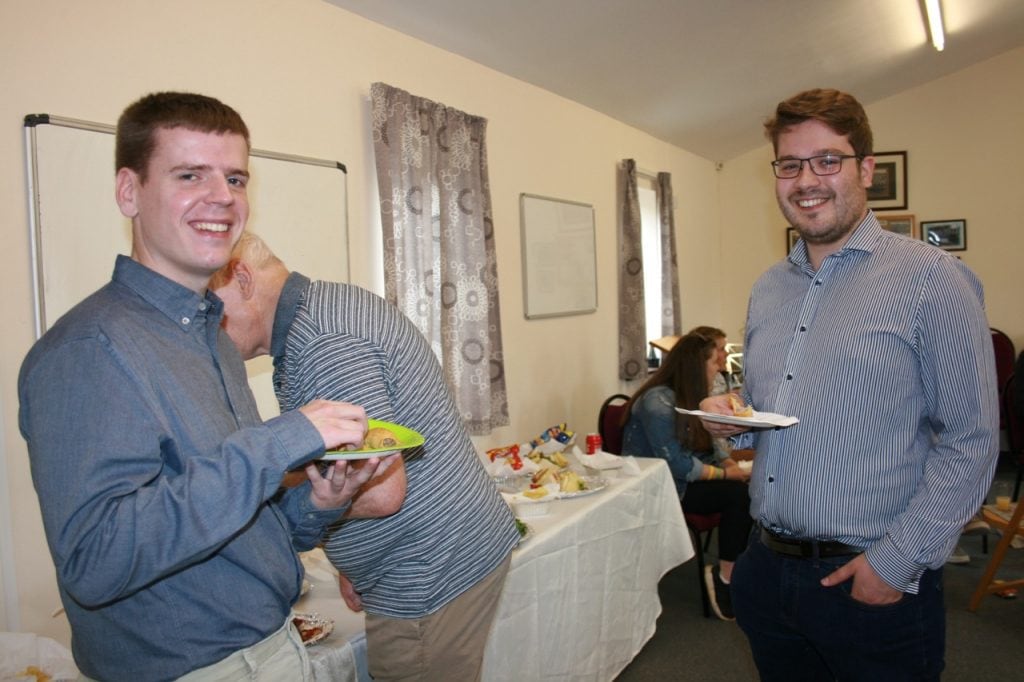 “The Open Day is designed to give people the chance to find out what it is really like to play a brass instrument in a band,” added Josh. “Because of our high standard of performance, the band has a very full list of engagements. Not all of our players can make every engagement, of course, so we welcome new members so that we can always be sure of turning out a full band to delight our audiences.”

And the band is adding to its already extensive repertoire all the time, with music of all genres.

“Although we have our own dedicated rehearsal centre in the town, the Corn Exchange has been chosen as a bigger and more central venue to give people the best opportunity to try out the instruments,” said Josh. “The band will also be playing at times during the day so you can see and hear what we sound like, and our training section, Brass Tracks will also be showcasing their own progress.