Following its highly successful Festival of Remembrance concert in Alford on 11th November, Alford Silver Band has boosted the Royal British Legion’s Poppy Appeal with a donation of £50.

“The Festival was a new venture for Alford but the positive feedback has been tremendous,” commented the band’s chairman, Martin Briggs. “The concert was free, but we had a big audience who all enjoyed themselves and who donated very generously to the retiring collection. We were very pleased to involve the local branch of the Royal British Legion in our concert, and even more pleased to be able to boost the Poppy Appeal as a result of those donations after deducting the band’s own expenses. 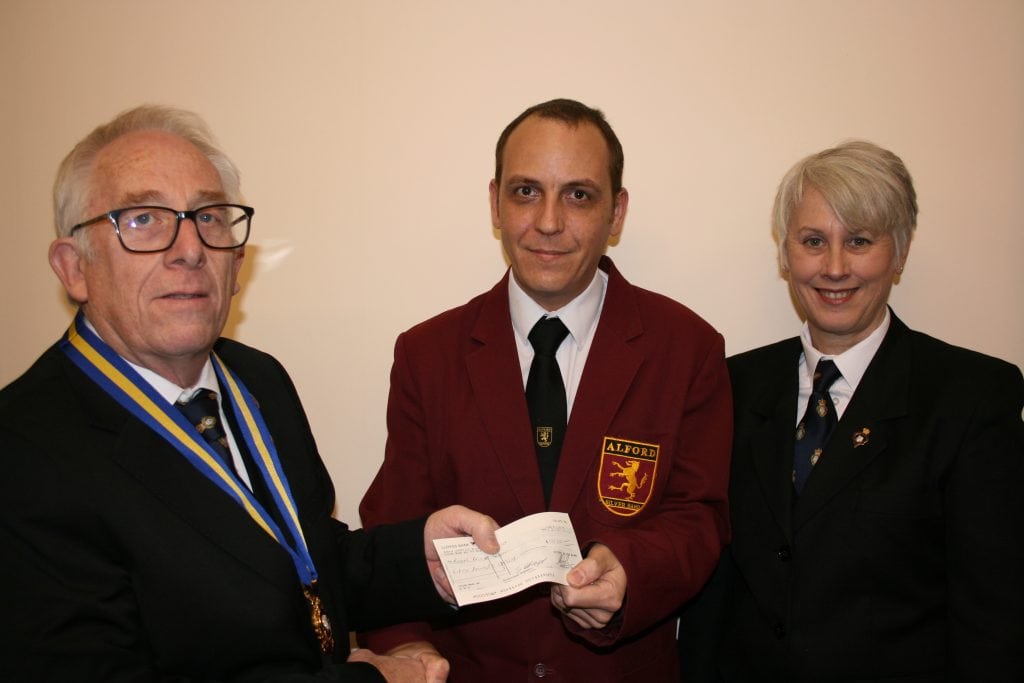 “Remembrance is of course about honouring those who gave their lives for this country in conflict, but the Royal British Legion is still there for today’s soldiers, sailors and airforce personnel who fall on hard times, and their families. The Legion has a vital role to play for our service personnel and we are delighted that we were able to help in this small way,” he said. “But the real thanks must go to those who came to enjoy themselves for their generosity.”

There have already been many calls for the band to make the Alford Festival of Remembrance and concert an annual event, and the band will be looking to combine with the Royal British Legion in future years to make it even bigger and better.

The presentation of a cheque for £50 was made by the band’s honorary treasurer, Stuart Briggs to Bob Lammiman and Irene Smith of the Royal British Legion at the band’s rehearsal on 29th November.