An Evening to Remember 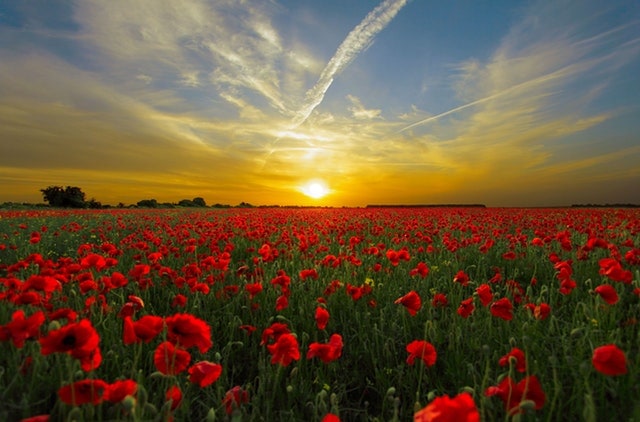 Alford will be paying special tribute to our fallen heroes on Saturday 11th November 2017 with its very own Festival of Remembrance.

The highly acclaimed Alford Silver Band will perform a FREE concert in St Wilfrid’s Church, Alford, starting at 7.30 pm, part of which will pay tribute to all the members of the armed services who fell in both world wars and in subsequent conflicts, and honouring those who serve in today’s forces.

Alford Silver Band has performed a Remembrance Concert in the district for several years; but with 11th November anniversary of the armistice this year falling on a Saturday, it was felt appropriate to remember all of the country’s heroes with a special concert in their honour.

And appropriately, the band will be expertly led by a former Royal Marine musician, retired Colour Sergeant David Boorer.

“The concert will follow a similar format to that we have used so successfully elsewhere in the last few years,” explained band chairman Martin Briggs. “The first half will be our normal, light-hearted mix of  a variety of musical genres interspersed with humour. But in the second half of the concert, the Royal British Legion will parade their standards and we will perform tributes to all branches of the armed services before finishing with a “Last Night of the Proms” style series of numbers. You will need to bring your own flag to wave though,” he added with a smile.

A special guest singer will lead the communal singing in the ‘proms’ part of the evening.

There will be no admission charge and no advanced booking necessary. As the largest church in the town, St Wilfrid’s has been specially selected as being capable of accommodating a large audience, as well as having excellent acoustics. 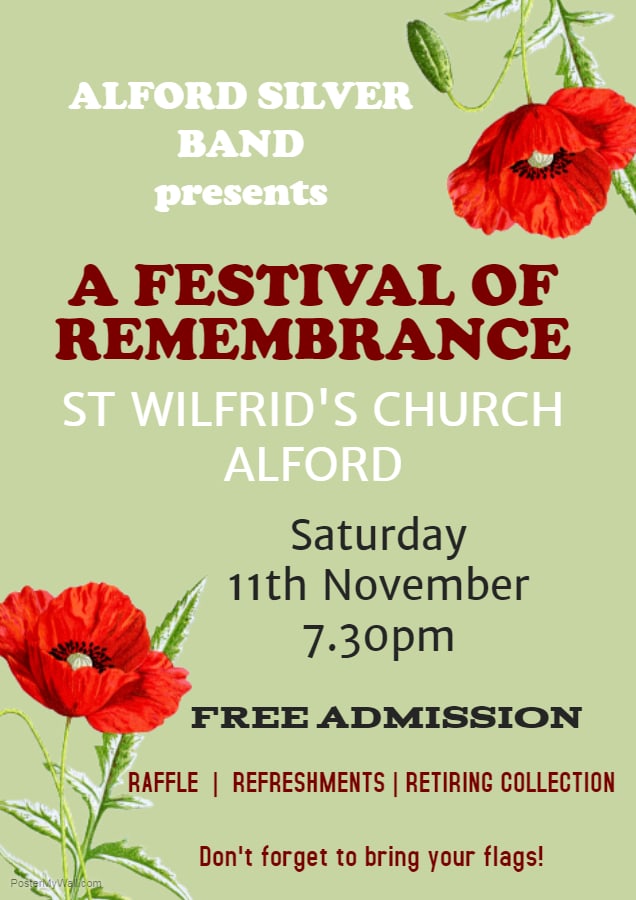 There will be a retiring collection for those who wish to make a donation, together with a raffle, with some of the proceeds going towards the Royal British Legion Poppy Appeal. Refreshments will also be available.

The town already honours those of its residents who fell during the Great War with a special ceremony at the town’s War Memorial on the hundredth anniversary of their deaths. And of course, the annual Remembrance Service will take place at the War Memorial the following morning on Remembrance Sunday.

“The Saturday evening Festival of Remembrance will be a key element in honouring our heroes whilst enjoying great music and being thoroughly entertained,” concluded Martin.

St Wilfrid’s church is situated on the main road through Alford in the centre of the town, with free evening car parking available close by just off the main road in Millers Way, or in the Market Square.

David Boorer served as a musician with the Royal Marines for thirty years, rising to the rank of Colour Sergeant. He is currently lending his expertise and experience to Alford Silver Band and has promised a first class performance on 11th November.