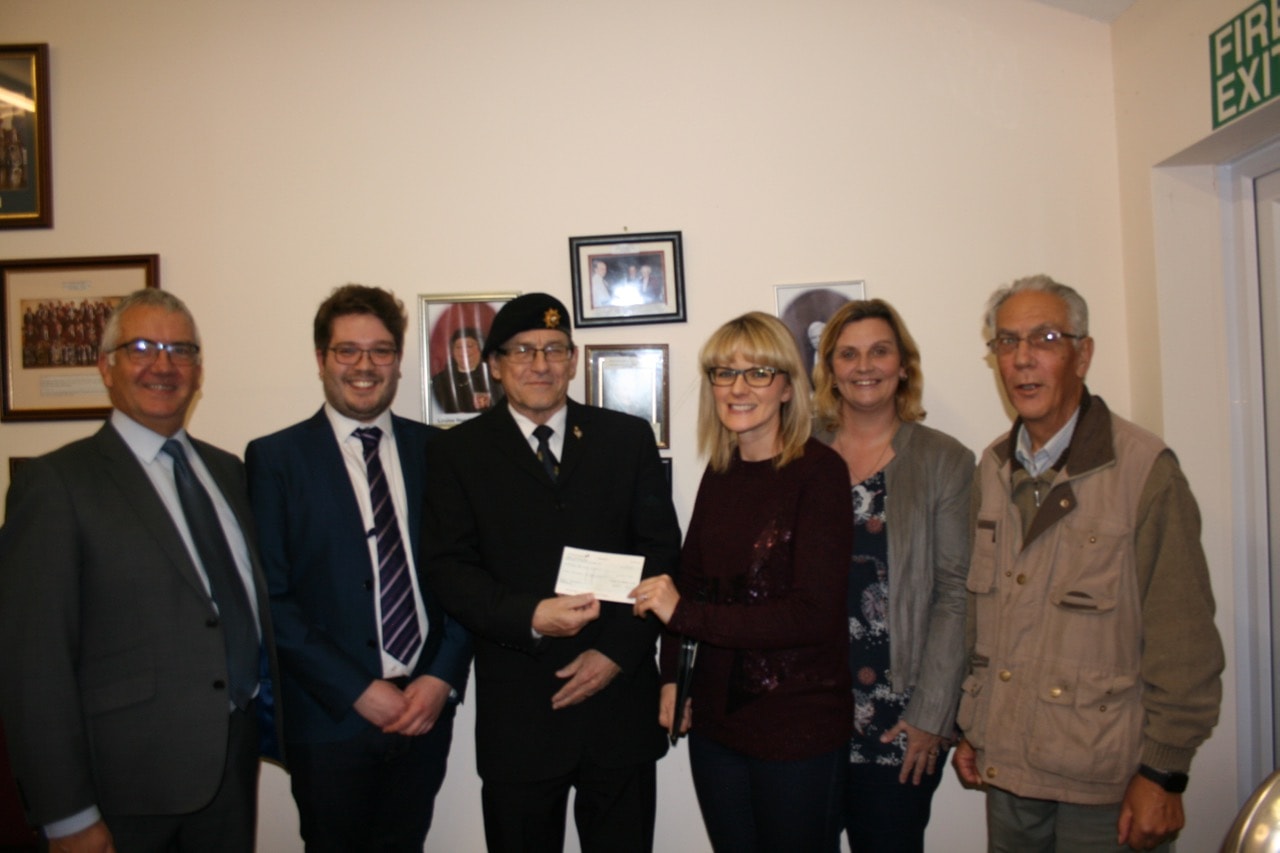 The funds of the Alford branch of the Royal British Legion have received a very welcome boost as a result of the ‘Alford Remembers’ concert performed jointly by Alford Silver Band and the Elizabethan Singers.

Alford’s two biggest musical organisations joined together for this very special event to commemorate the centenary of the armistice in St Wilfrid’s Church in the town on Saturday 10th November. And after a very successful and highly enjoyable evening, the managing committees of both the band and the choir decided that it would be appropriate to use some of the proceeds to make a significant donation to the Legion.

A cheque for £100 was presented to the Legion’s branch secretary, John Johnson by officers of both musical organisations at the band’s rehearsal night.

Gratefully receiving the cheque, Mr Johnson said that the boost would significantly help the work of the Legion.

“The Legion exists to provide financial, social and emotional support to members and veterans of the British armed forces,” he explained. “That is why the annual poppy appeal is so important to us. All donations are very welcome to assist with those aims.”

Mr Johnson said that in just three months during this year, the legion had paid out £57,000 to former members of the armed services and their families who had fallen on hard times.

“We are very grateful to both Alford Silver Band and the Elizabethan Singers for their support, and indeed for the support of everyone who attended the concert and made this donation possible,” he added.

The band’s musical director, Josh Wilkinson commented that “both Alford Silver Band and the Elizabethan Singers love entertaining people with top quality music. The fact that we have been able to do so and provide some financial support to those willing to risk their lives for us made this concert very special.”

The director of music for the Elizabethan Singers, Andrew Willoughby agreed, adding that “the band and the choir worked well together, and I hope that this will be just the start of a long and fruitful musical collaboration between us.”