Band Blows Away the Audience 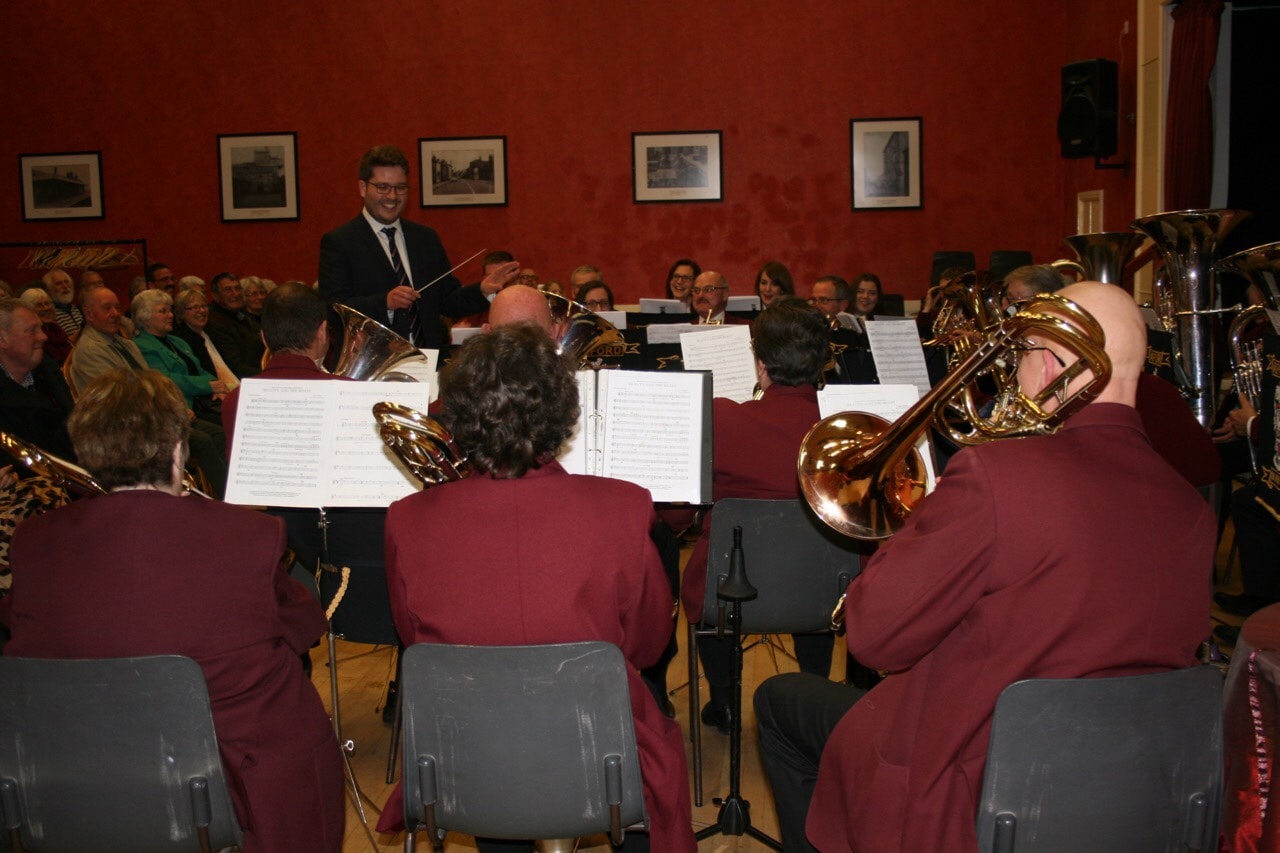 Playing to a full venue, the band delighted the audience with its varied programme, interspersed with some light hearted banter from Mike Green that was aimed at both his band colleagues as well as at members of the audience, and all taken in good humour!

The evening was introduced by he band’s president, Richard Quantrell before he handed over to musical director Josh Wilkinson.

“Josh has certainly put the band through its paces since taking over the baton,” commented a long term supporter of the band, Pearl White. “It goes from strength to strength musically. And it is always a fun evening with the banter that goes on.”

The evening started with two movements of the stirring Little Suite for Brass by Malcolm Arnold, before changing the tempo with beautiful arrangements of Shenandoah and the Welsh hymn, All Through the Night.

And it certainly was a varied programme with selections from musicals to modern pop numbers, all skilfully arranged and expertly played. 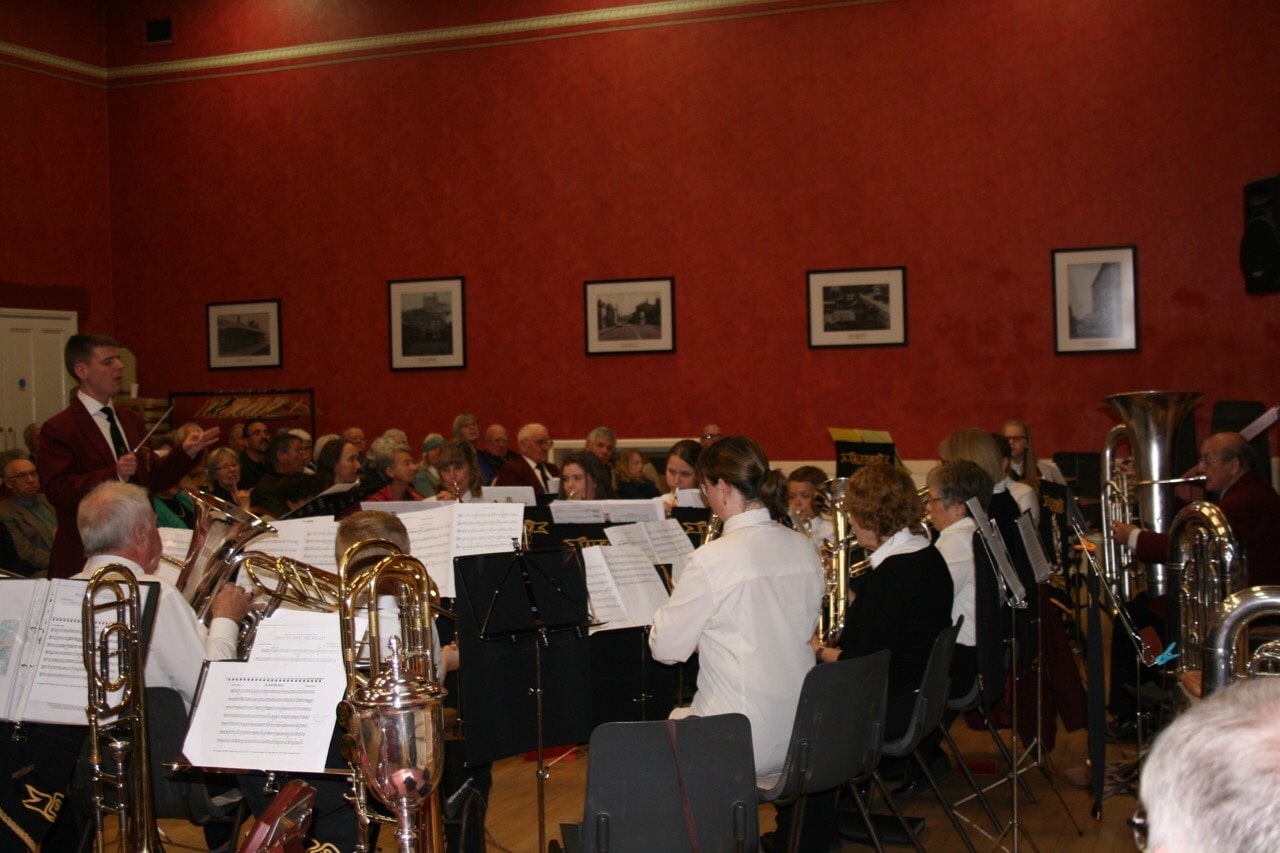 The band’s senior training section, Brass Tracks played four pieces under the baton of assistant musical director and principal cornet, Andrew Taylor and showed just how far musically they too have come over the last year.

“The future of the band is looking very good,” commented another member of the audience. “They certainly know how to entertain. And the standard of music is excellent.”

The concert was the start of yet another busy year for the band, which is increasingly in demand as its reputation grows.